Time for a Refresh

There’s nothing worse than a stale blog.

Since starting Don’t Push Send a couple of years ago, I’ve struggled with its identity.   It wasn’t originally supposed to be overtly political, although the events of the last year and a half have driven much of what I have shared in that direction. 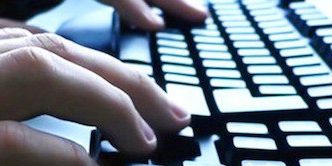 Moving To a New Host

Moving to a new hosting provider was a great opportunity to rethink Don’t Push Send and start over.  Anyone who has ever had a blog or website knows that site migration is an involved process, and the question became “do I keep what is there and restore it on the new servers, or just start fresh?”.   Starting fresh felt like the right thing to do – but as I read through the existing material some of it felt relevant, even if subsequent events have altered the perspective or proven that my ability to prognosticate may not be as well developed as I would like to think.

DPS, along with my other personal domains have been hosted for the last six years or so on a hosting service called “FatCow”.   FatCow is now owned by a large corporation that dominates the website hosting business with the ironic name of “The Endurance International Group” (EIG).  To put it nicely my satisfaction with the performance and support has dropped over the past several years as their prices have increased, their technical support has moved offshore, and their”bait-and-switch” offerings have become constant.  For those who might be looking for place to host a blog or website I strongly encourage you to read this article prior to signing up with FatCow or any of the other 80+ hosting brands owned by EIG . . . which you can find listed here.  They are, as Herman’s Hermits sang, “a must to avoid.”

FYI, this blog is now hosted on Inmotion – a far superior platform and a company who has been great to work with during the transition.  One of the perks that comes along with the hosting package is the BoldGrid WordPress environment which is now the platform DPS is built on.  Again, highly recommended.

What’s It All About?

So, I’m hoping to expand my content, and do some writing about other topics that have become lost in the political noise.  That doesn’t mean that I won’t be commenting on the disaster that threatens our democracy and continues to erode confidence in our institutions.

Right now I’m working on the mechanics of the new Don’t Push Send.